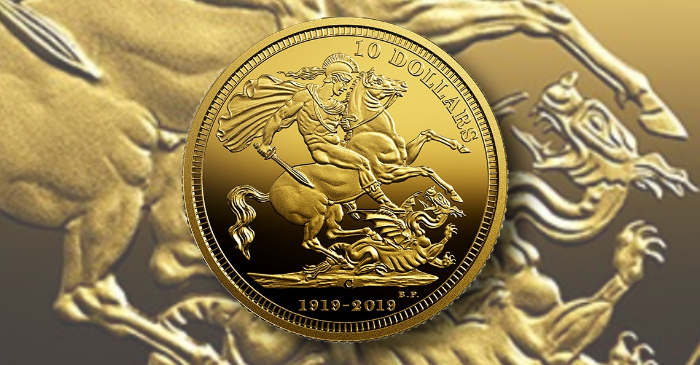 The Royal Canadian Mint has released their latest gold collector coins which marks the centenary anniversary of the last sovereign coins minted in Canada. Key to the creation of a Canadian mint, Canadian gold sovereigns were produced from the Klondike gold rush in 1896. This excellent source of gold provided the means as well as renewed calls for the creation of a Dominion mint that could profitably convert Canadian-mined metals into coins. Fears of low demand for Canadian coins and an idle mint prompted the suggestion that British sovereigns (gold coins which were a widely accepted form of payment) could also be produced domestically. However, in order to achieve this, Canada’s mint would have to be established as a branch of the Royal Mint located in London. Thus, on the 2nd January 1908, the Ottawa branch of the Royal Mint officially opened and inaugurated by HRH the Duke of Connaught, then the Governor-General of Canada. Over time, since the opening of the Royal Canadian Mint, a refinery was added that, today, produces some of the world’s purest gold coins — even though original plans for the Ottawa facility did not include a refinery. It was assumed that bullion could be purchased from private refiners, but no domestic refinery was capable of refining gold to exacting coinage standards and instead their new addition was completed in 1911.

The Canadian sovereign was primarily used for exporting funds and redeeming banknotes. The reverse design on Canadian sovereigns was nearly identical to the coins produced at the Royal Mint in the United Kingdom and included the “C” mintmark just below the primary design that denoted they were minted in Canada. The obverse effigy depicted HM King George V (reigned 1910–1936) created by the British sculptor Edgar Bertram Mackennal, whose initials are seen below the King’s portrait. 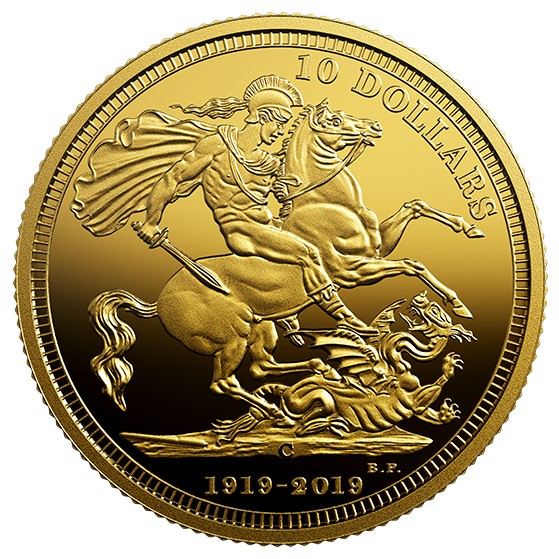 The new coins are based on these very coins with the reverse design nearly identical to the original depiction of St. George on horseback slaying the dragon created in 1816 by the Italian sculptor Benedetto Pistrucci. The same “C” mintmark that stands for “Canada” is seen just below the primary design with the dual year dates 1919 – 2019 shown under the mintmark. The contemporary face value of 10 DOLLARS is seen above and along the left edge. 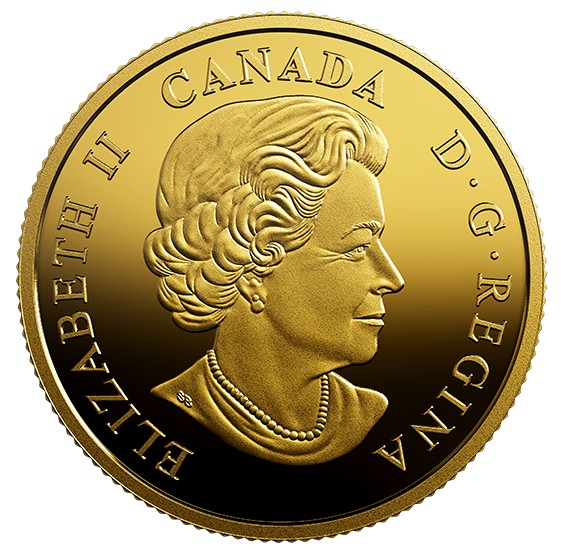 The obverse side features an effigy of Her Majesty Queen Elizabeth II created by Susanna Blunt. 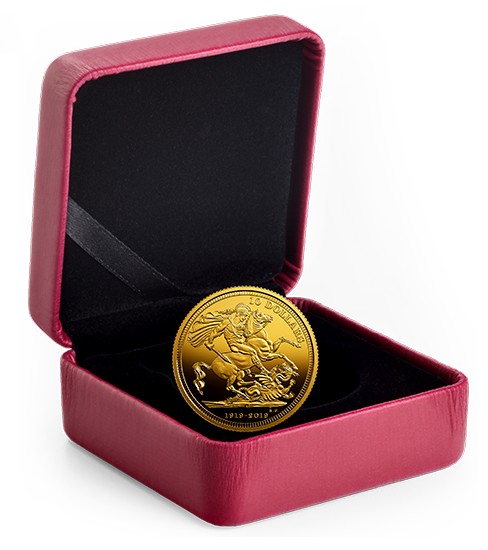 Each coin is individually encapsulated and presented in a Royal Canadian Mint-branded maroon collector’s case. With a limited mintage, the RCM suggests orders be placed soon to avoid disappointment. For additional information about this coin and others available from the Royal Canadian Mint, please visit their website.