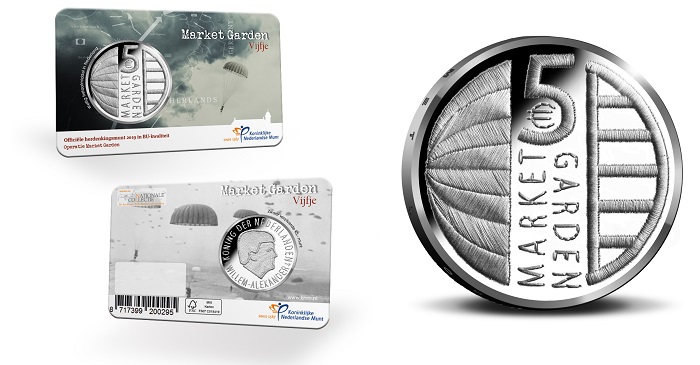 As much as nearly every American knows at least something about World War II’s D-Day landings in Normandy, you would be hard-pressed today to hear much at all about Operation Market Garden. That is in part because it took place just three months later, and while D-Day was a resounding success, Market Garden was a complete failure.

The plan was conceived by British Field Marshal Sir Bernard Montgomery and would be the largest airborne operation in history. The goal of the Allies was to employ 10,000 paratroopers to get hold of the strategic bridges over the Maas, Waal, and Rhine in the cities of Eindhoven, Nijmegen, and Arnhem, and to push through to Berlin to end World War II before Christmas of 1944. The urgency was such because the Allies did not want to give the Germans time to regroup and strengthen after their retreat from France.

The battle lasted from September 17 to 24, 1944. Its plan consisted of two parts: The airborne operation (Market) and a ground offensive from Belgium (Garden). It involved the U.S. 101st and 82nd U.S. Airborne Divisions, the 1st British Airborne Division, and XXX Corps of the British Second Army. Things did not go well from the outset. The Dutch roads were too narrow, radios did not work, supplies were thin, and Nazi resistance was fierce. The operation succeeded in liberating the Dutch cities of Eindhoven and Nijmegen, along with many towns, creating a 60 mile salient into German-held territory and limiting V-2 rocket launching sites. It failed, however, to secure a foothold over the Rhine at Arnhem. Although the city was taken by British paratroopers, ground reinforcements could not reach them in time. The paratroopers were stranded and at the mercy of German tanks. They nonetheless held Arnhem for four days despite being outnumbered two to one. Of the 10,000 soldiers who landed at Arnhem, 1,400 were killed and over 6,000 taken prisoner. The operation’s failure prolonged the war by four months at the cost of thousands of lives. An added consequence was that the Russians were able to beat United States forces to Berlin, setting the stage for the Cold War and the Berlin Wall.

As a tribute to the soldiers who fought in the biggest battle on Dutch soil during the Second World War, the Netherlands Ministry of Finance authorized the Royal Dutch Mint to issue gold, silver, and silver-plated commemorative coins. 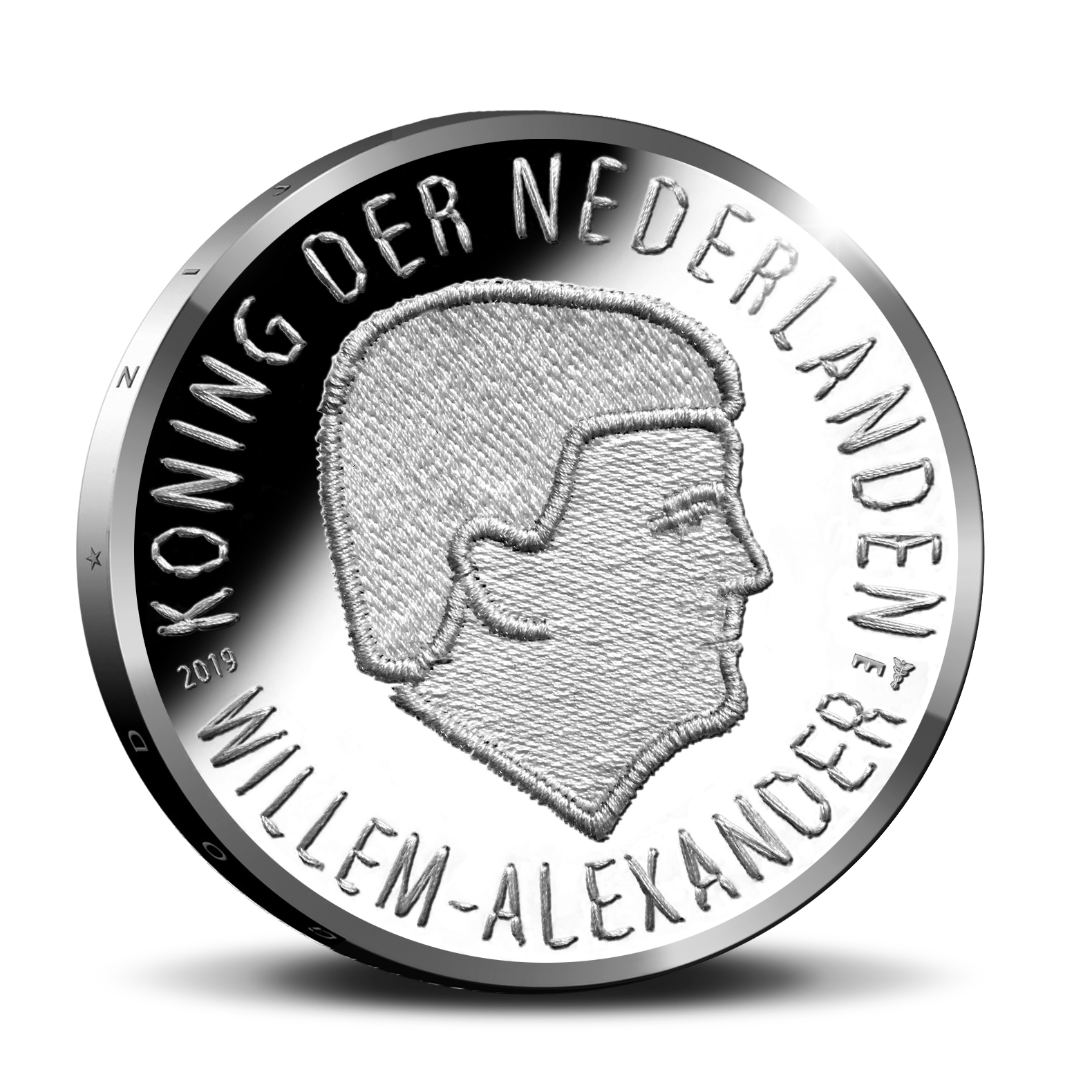 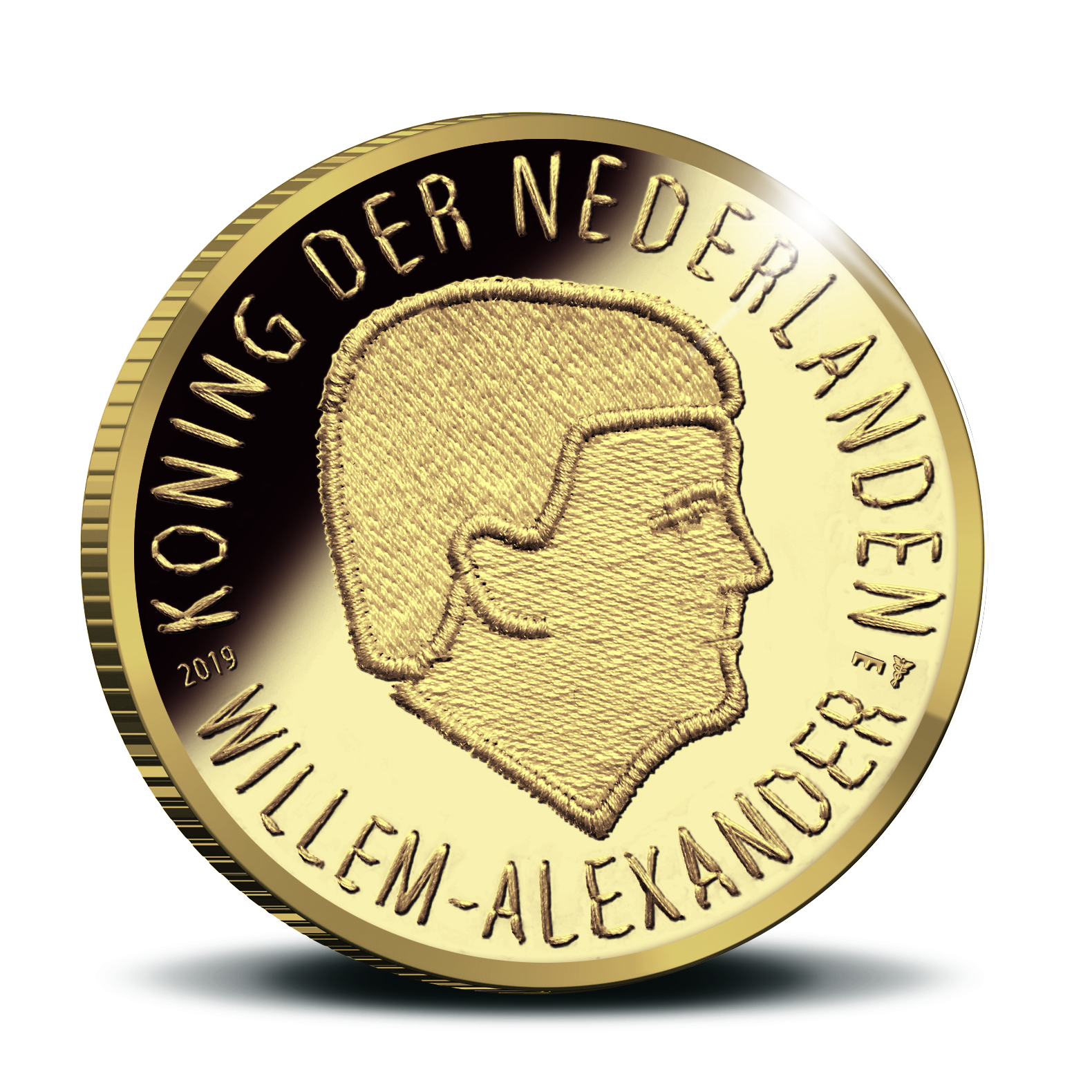 The simply-designed coin has the head of King Willem Alexander on the obverse with a reverse inspired by the symbols of the operation: A parachute and the bridge over the Rhine. The entire design, including the lettering, is executed in a style reminiscent of the embroidered batches and emblems on military uniforms. 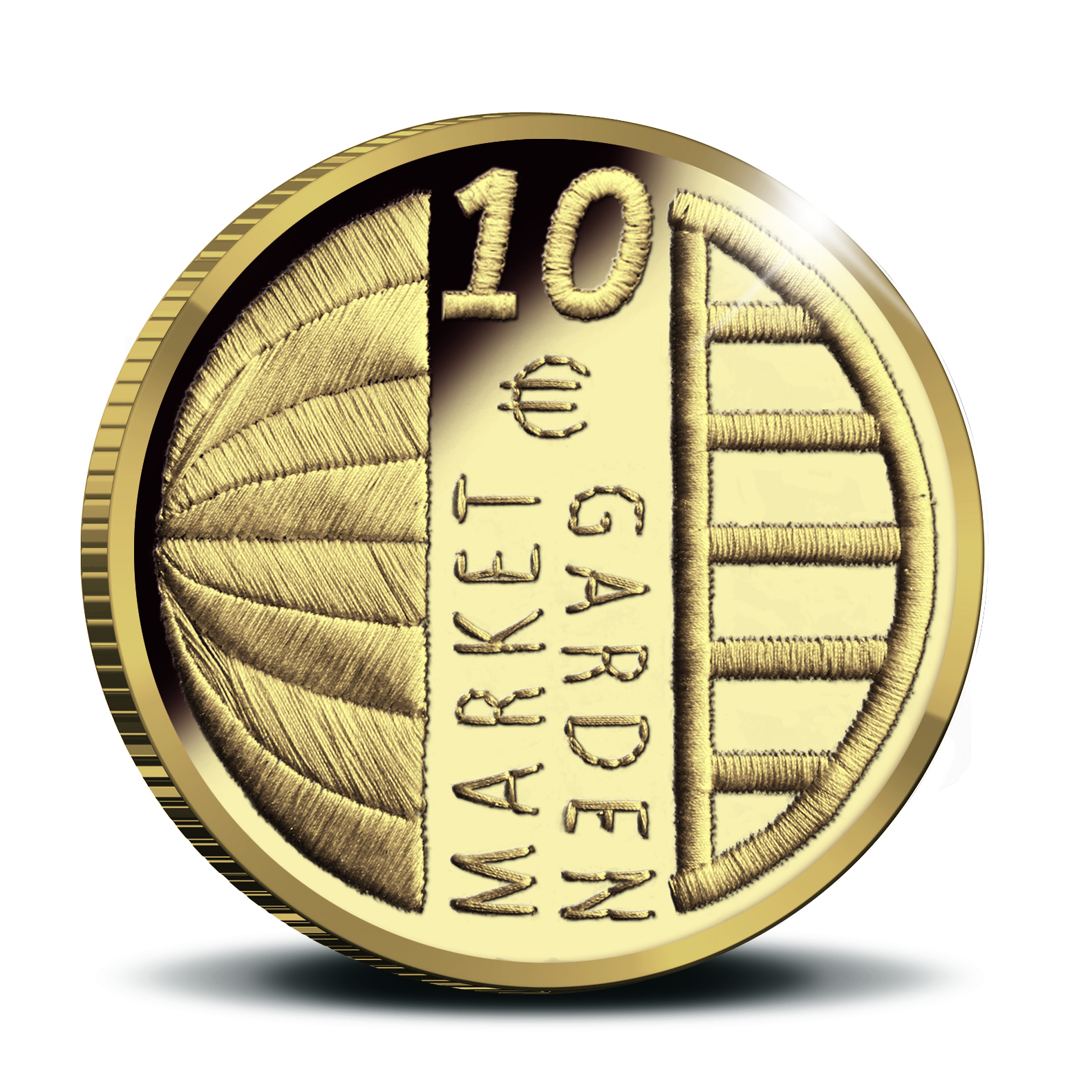 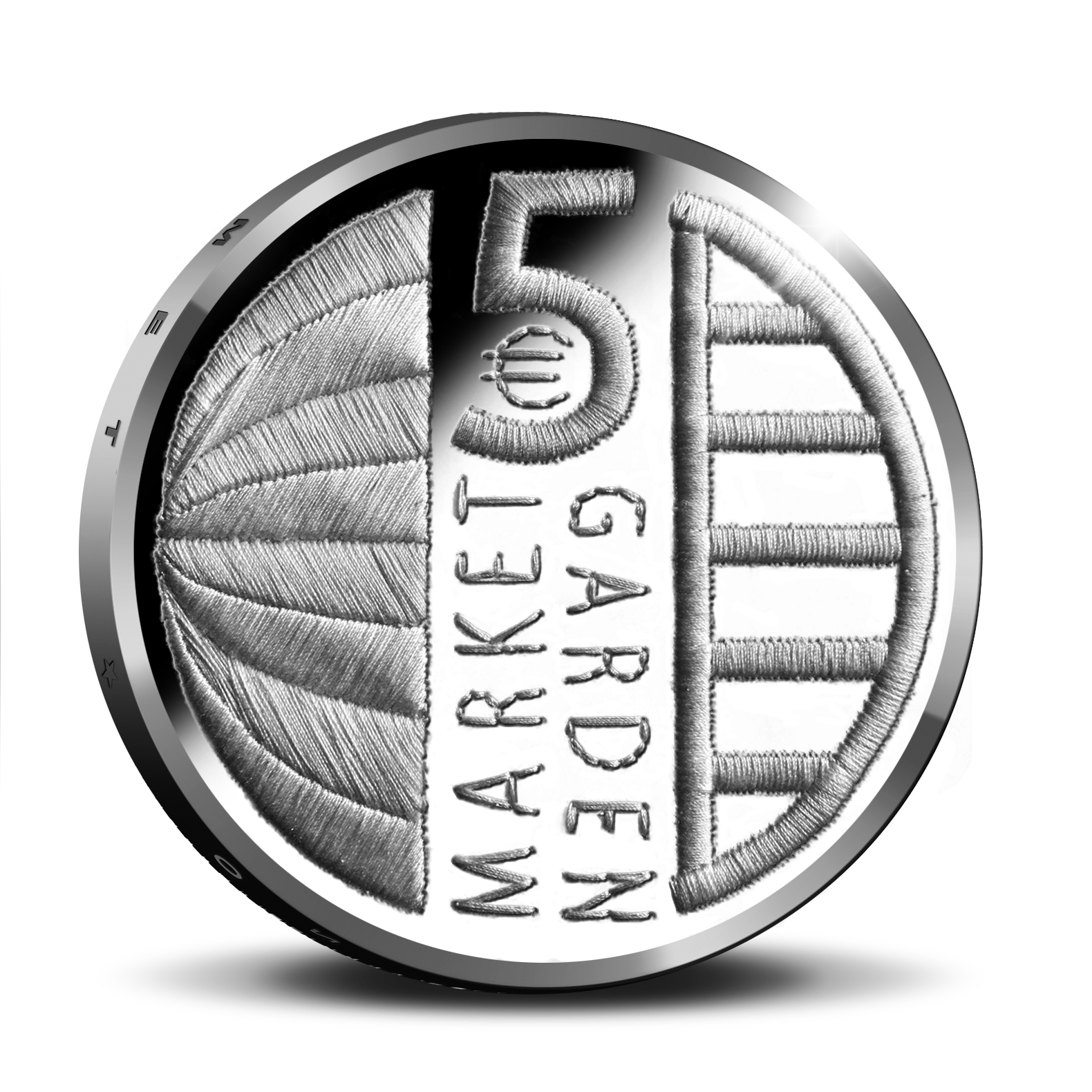 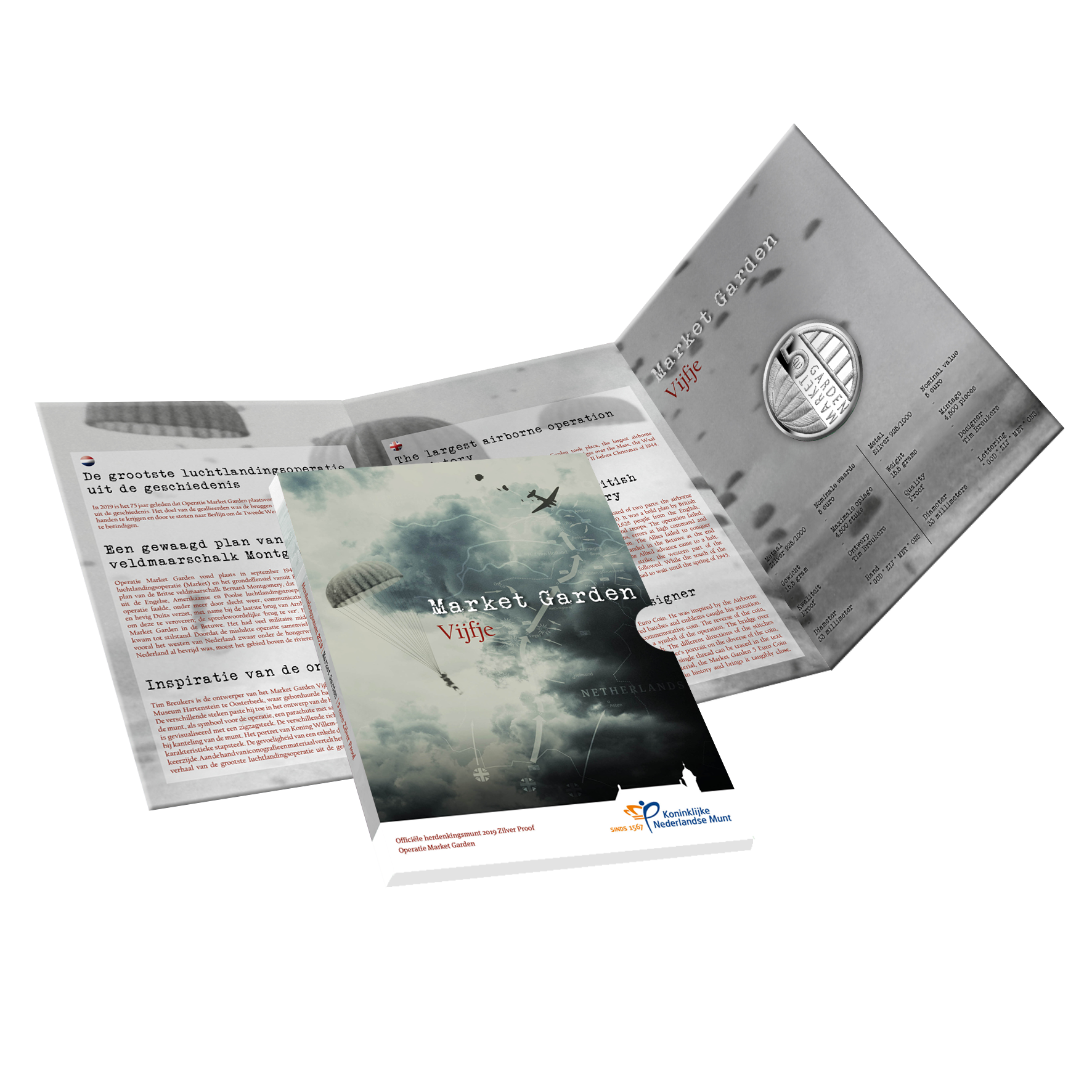 It is cased in a descriptive holder. There are also 15,000 silver-plated copper Uncirculated five-euro coins in coin-card packaging. They measure 29 millimeters and weigh 10.5 grams. These cost $19.95 each.

The ceremonial first strike will take place on September 21, 2019, during Airborne 2019, and the coins will be available for delivery in October.