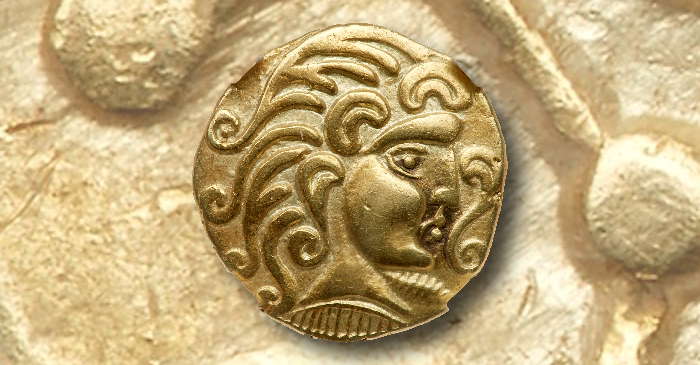 (Long Beach, California) August 7, 2019 — An exhibit of rare, historic French coins described as the best and most comprehensive ever displayed in the United States will be showcased from the extensive Tyrant Collection at the September 5-7, 2019 Long Beach Coin, Currency, Stamp & Sports Collectible Expo.

Entitled “Tyrants of the Seine,” this will be the fifth exhibition in a multi-year series of different displays of portions of the extensive Tyrant Collection, described as the world’s most valuable rare coin collection in private hands. 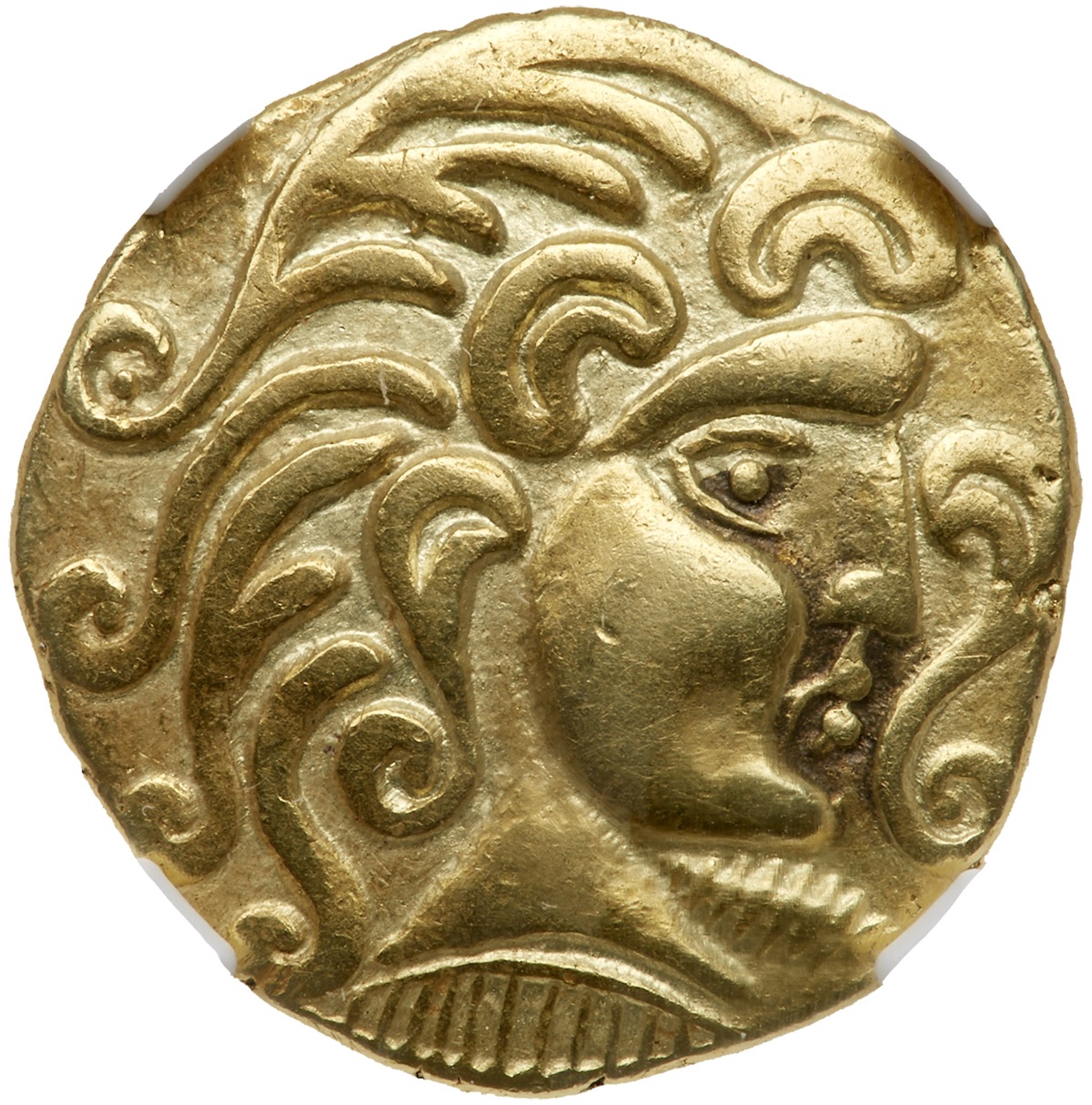 This gold stater struck by the Parisii in Northern Gaul between 100 to 50 B.C. is one of the many highlights of the Tyrants of the Seine exhibit at the September 2019 Long Beach Expo. Hover to zoom (Photo credit: Lyle Engelson/Goldberg Coins & Collectibles.) 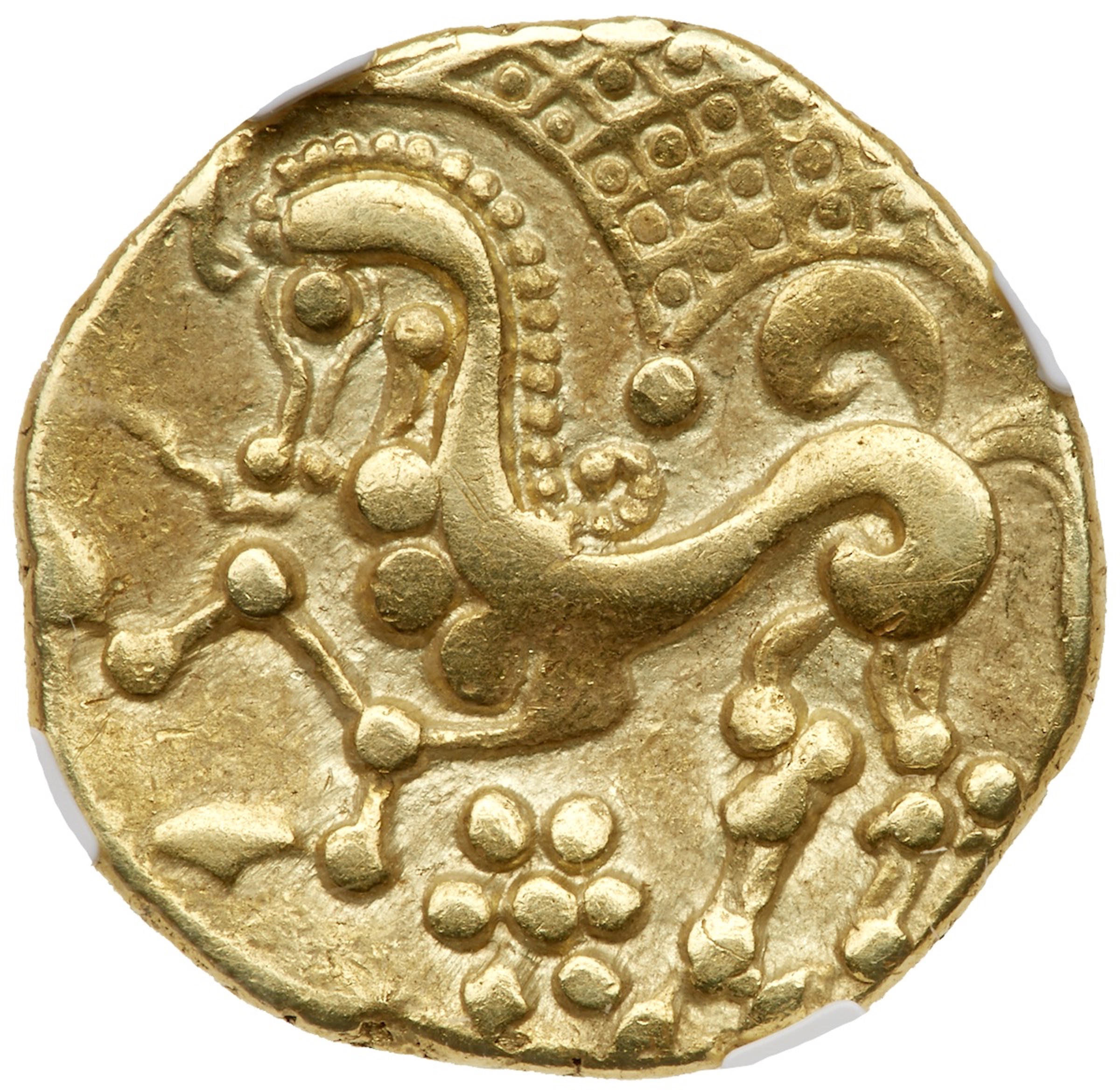 “This exhibit will have nearly 400 coins dating from 59 B.C. with the invading French tribes after the fall of Rome in 476 A.D. through the founding of the Carolingian Dynasty in the 7th century to modern coinage shortly before World War II. I can’t recall ever seeing a better exhibit of French coins outside of France,” stated Ira Goldberg, president of Goldberg Coins and Collectibles, Inc. in Los Angeles, California. 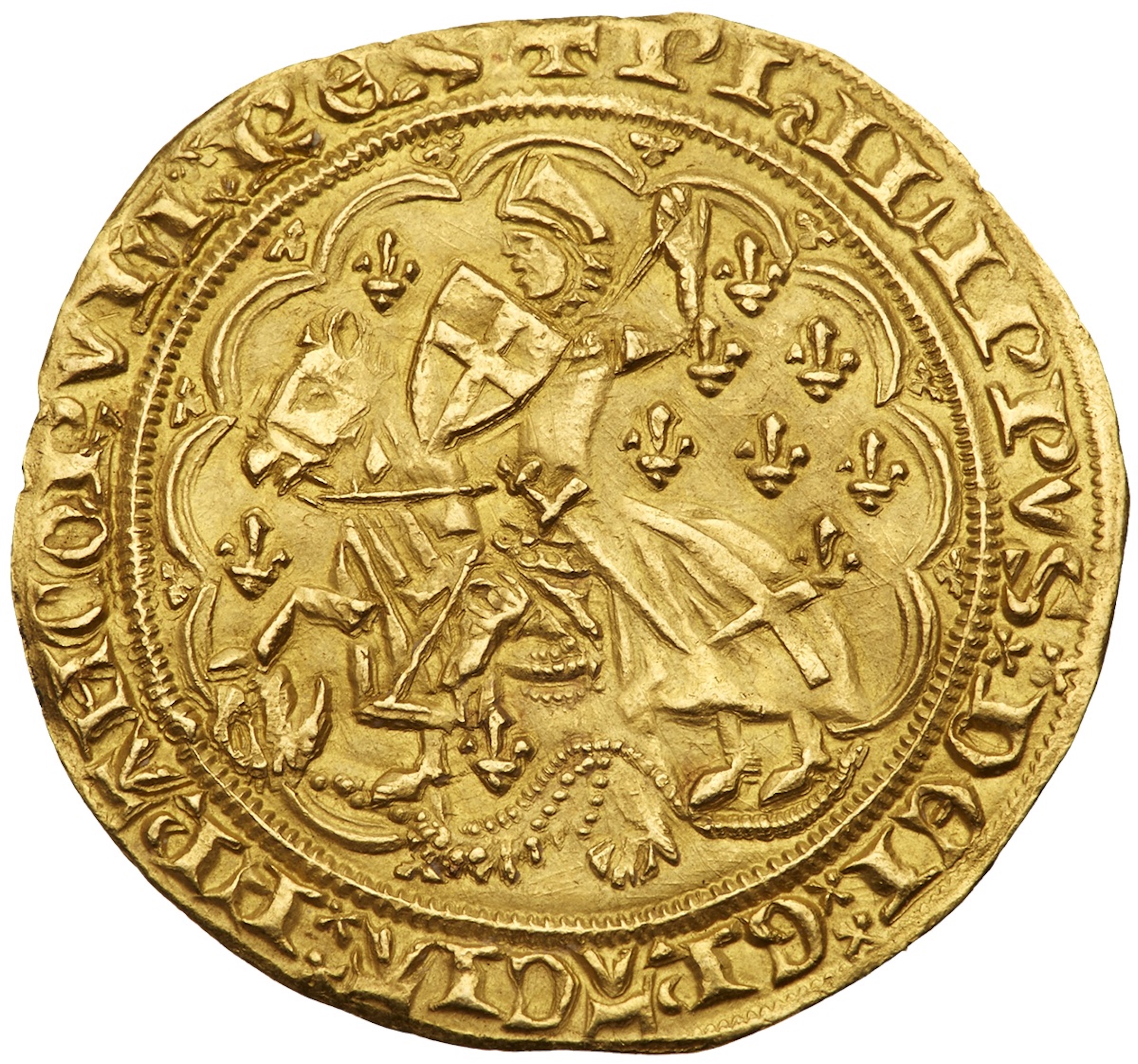 This rare George-florin of Philippe VI struck in 1346 is one of nearly 400 historic French rare coins in the latest exhibit from the unprecedented Tyrant Collection. (Photo credit: Lyle Engelson/Goldberg Coins & Collectibles.) 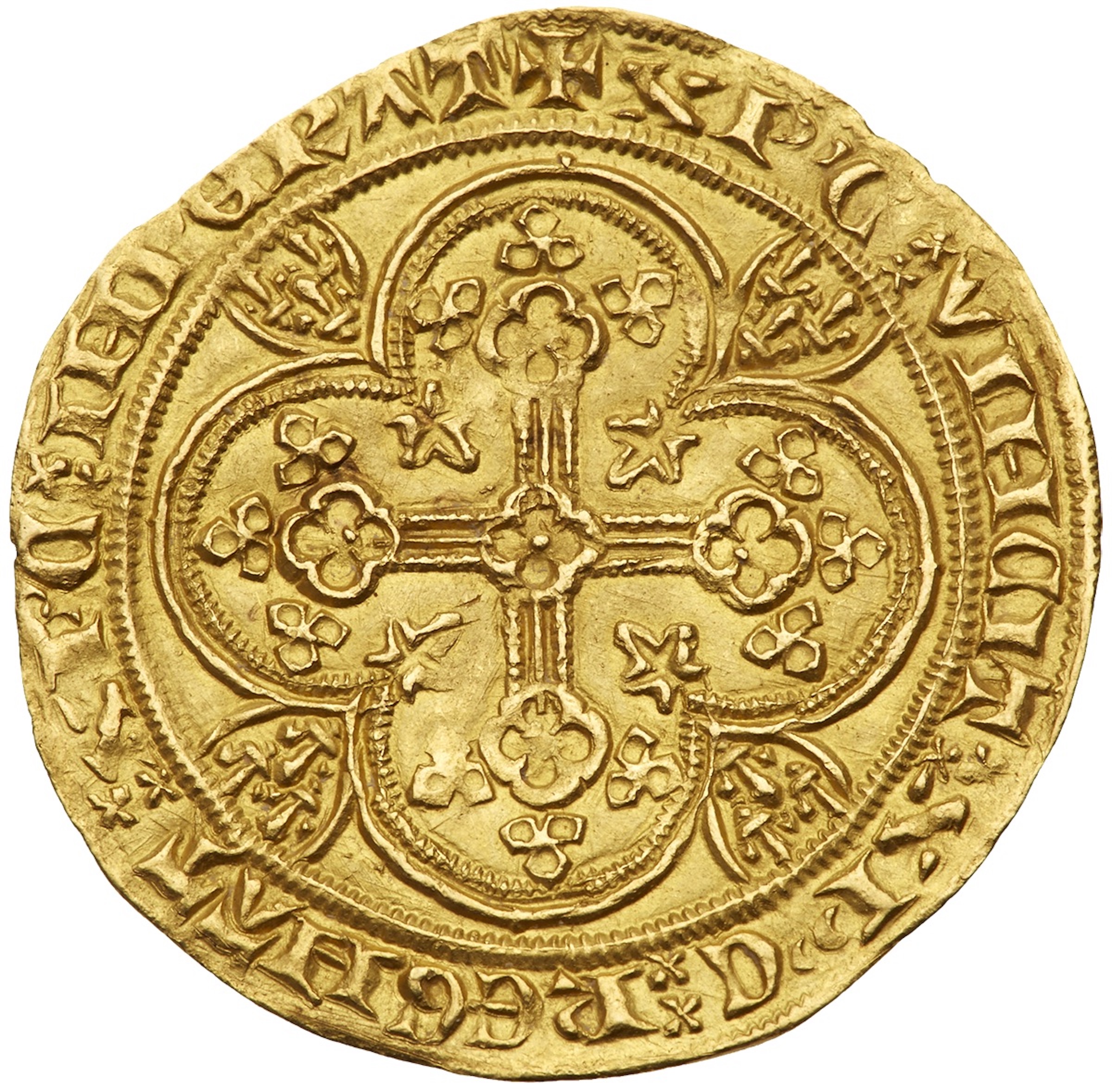 “This impressive exhibit of many of the finest known rare French coins will be insured for $10 million for the September Long Beach display,” added Goldberg, who is one of the numismatic professionals providing guidance in assembling the wide-ranging Tyrant Collection of superb quality, historic U.S. and world coins for its anonymous owner. 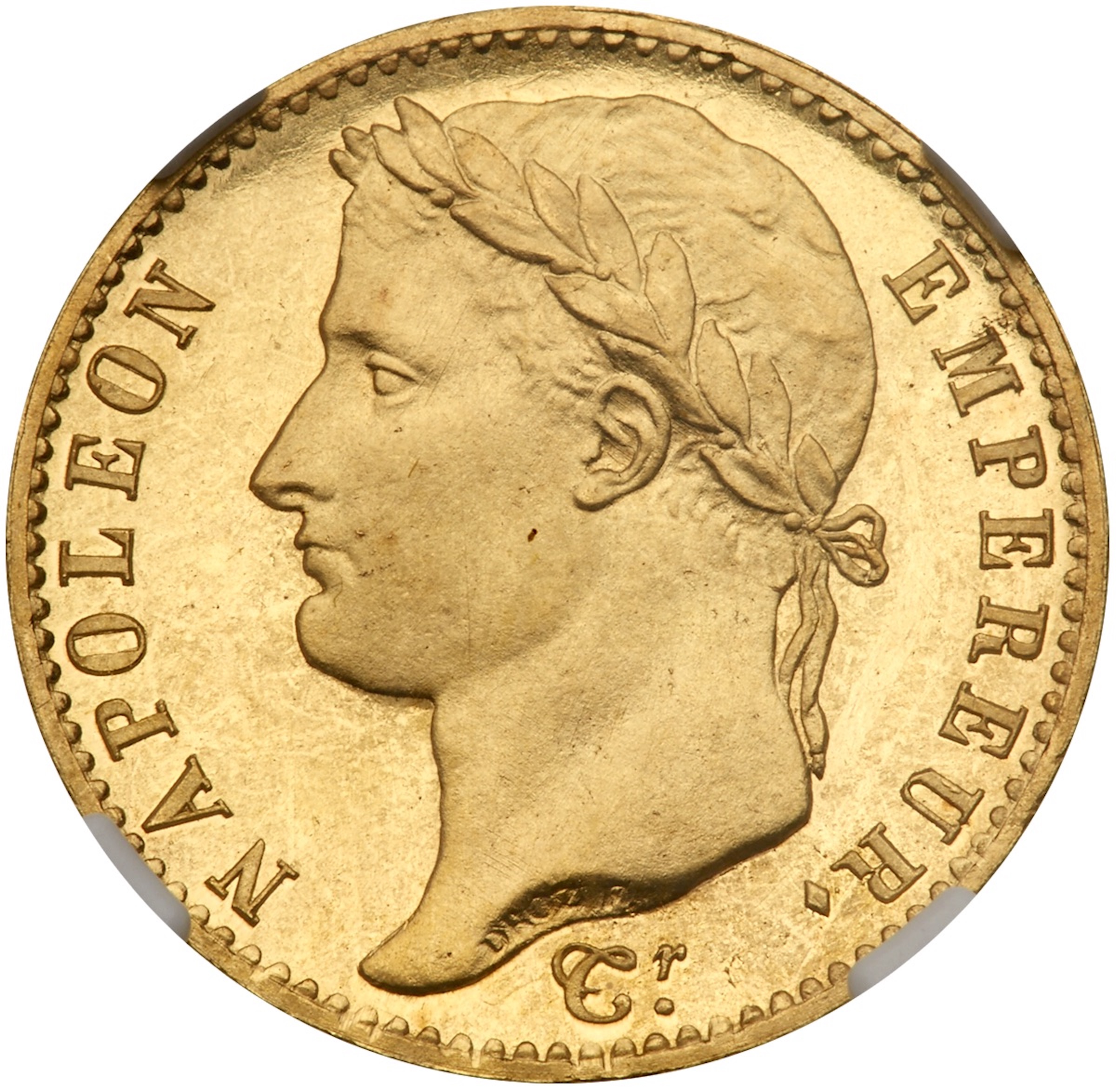 One of the most famous figures in French history, Napoleon, is depicted on this rare proof 1815 gold 20-franc coin that will be part of the $10 million Tyrants of the Seine exhibit at the September 2019 Long Beach Expo. (Photo credit: Lyle Engelson/Goldberg Coins & Collectibles.) 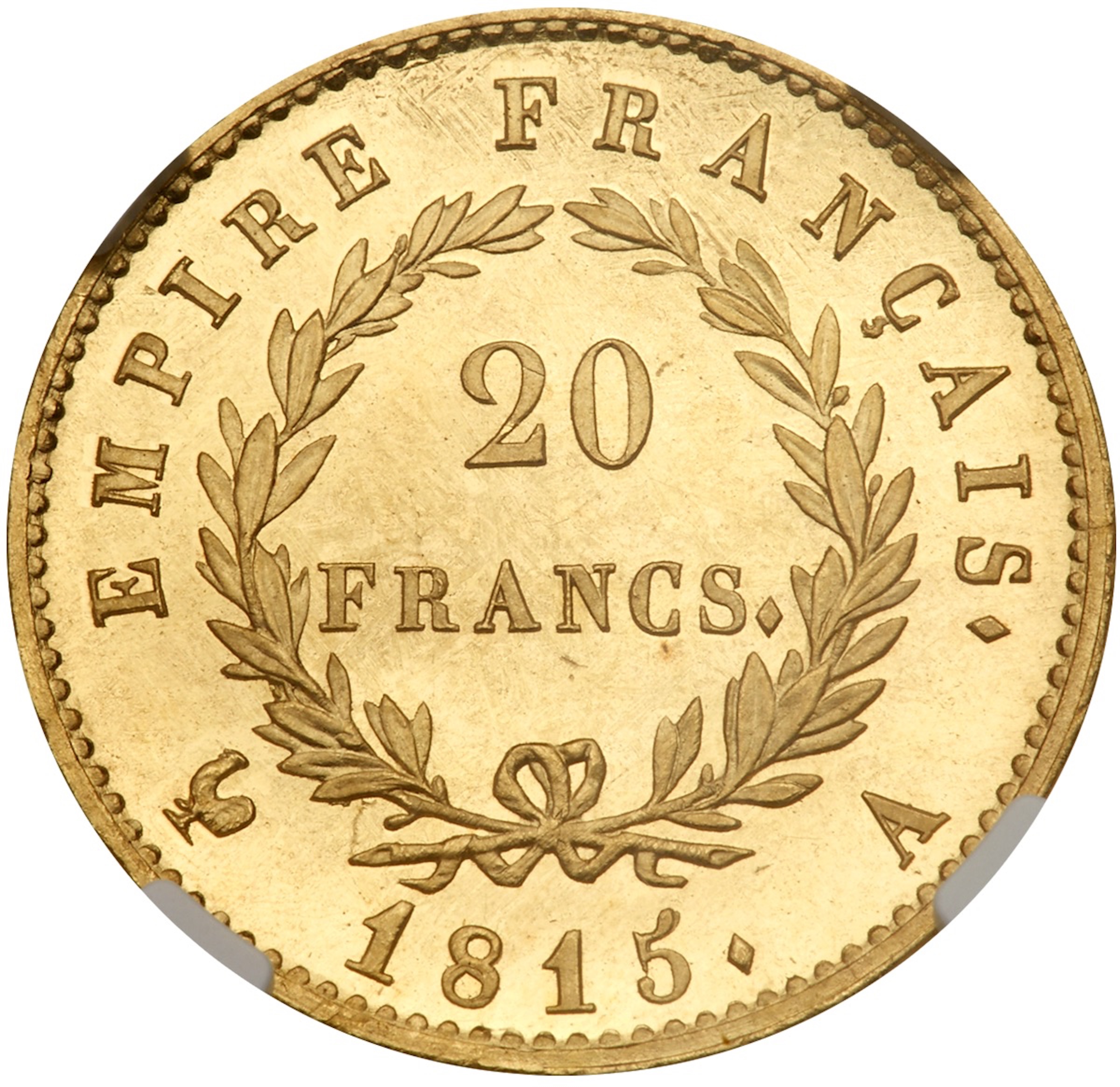 “The Tyrants of the Seine exhibit will include superb examples of almost every Friedberg number (from the Standard Catalog of World Coins) from the 13th century to 1936, reflecting the Tyrant Collection owner’s patience, ability, and determination to collect historic French coins,” stated Yifu (Ivan) Che, numismatist at Goldberg Coins & Collectibles, who is assisting in the cataloging of the impressive collection.

The owner of the Tyrant Collection wants to remain anonymous while he shares the collection’s coins with the public for their educational value.

Visitors to the September 2019 Long Beach Expo exhibit (booth #807) can receive a free, illustrated educational booklet about this latest, amazing display. Detailed catalogs with information and illustrations about each coin in the “Tyrants of the Seine” exhibit will be available for $10 each.