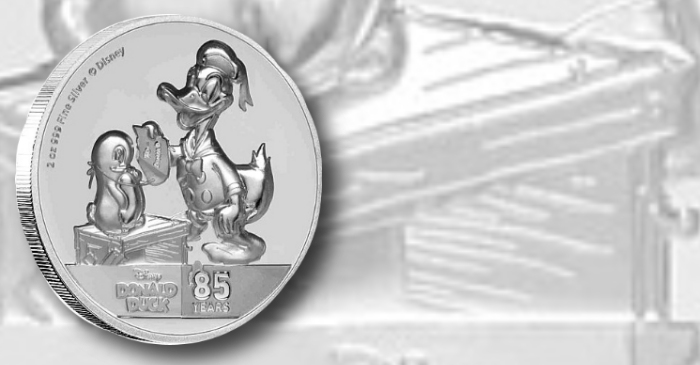 The government and treasury of Niue have launched (30th July) new silver Proof piedfort collector coins which are in celebration of one of the most famous characters that are part of Walt Disney’s world of animation. Donald Duck, the friend of Mickey Mouse, has become one of the most popular characters to have emerged from Disney Studios.

Debuting in 1934 at Walt Disney Productions, Donald Fauntleroy Duck is a white-feathered duck with a very distinct human persona, and, of course, some very duck-like characteristics such as a yellow-orange bill and webbed-feet. He typically wears a sailor shirt and cap with a bow tie and is most famous for his semi-intelligible speech in addition to his mischievous and often temperamental personality. His appearance in The Wise Little Hen was the first time the public caught a glimpse of Donald, but it was his second appearance in Orphan’s Benefit which introduced him as the temperamental comic foil to Mickey Mouse. Throughout the next two decades, Donald Duck appeared in over 150 theatrical films, several of which were recognised at the Academy Awards. Over time, the “Donald Duck universe” has expanded with the addition of other characters such as Donald’s rich uncle Scrooge McDuck, Huey, Dewey, and Louie Duck, Donald’s triplet nephews created in 1937, and, of course, Donald’s love interest Daisy Duck, who made her debut in 1940. 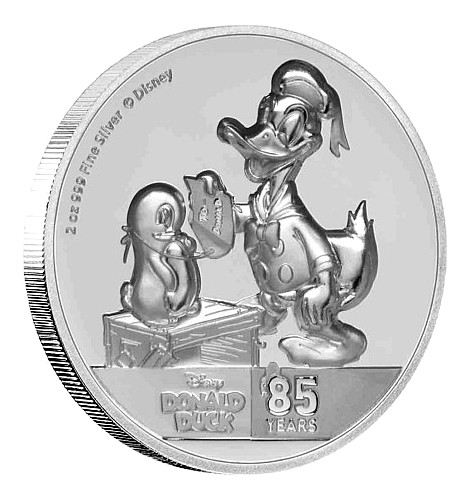 The New Zealand Mint produces the coins on behalf of the treasury of Niue. The reverse design includes a depiction of Donald Duck as he appeared in one of his earlier animated short films entitled Donald’s Penguin, released in 1939. The story unfolds when Admiral Byrd ships Donald, a penguin from the South Pole. Donald is amused by it, until he thinks it has eaten his goldfish. The reverse side also includes the specifications of the coin, 2 oz 999 Fine Silver © Disney, which are shown in the upper-left edge. 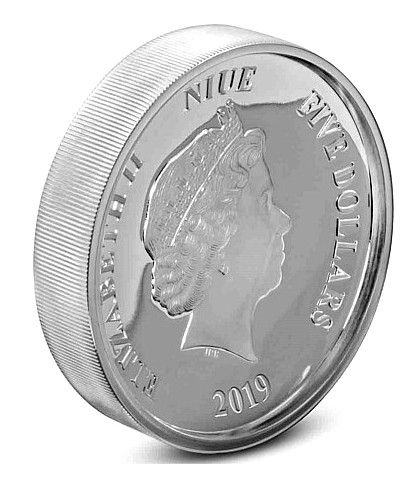 The obverse side depicts an effigy of HM Queen Elizabeth II created by Ian Rank-Broadley. The denomination of FIVE DOLLARS is included in the legend around the Queen’s portrait.

The coins are produced using a high-relief minting process and as piedforts, enhancing the high-relief strikes. 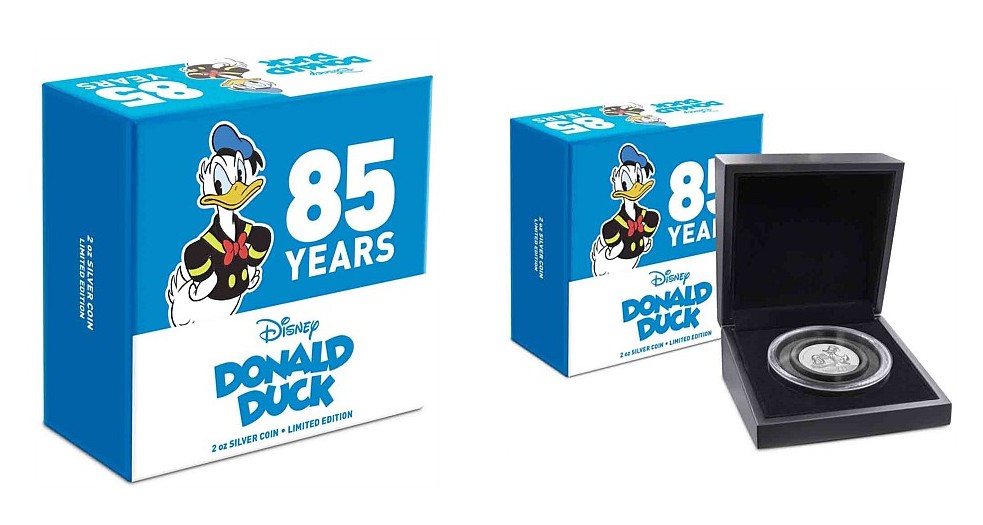 Each coin is specially encapsulated to accommodate its technical size and weight and is presented in a custom case accompanied by a certificate of authenticity. The outer protective box includes graphics relevant to the coin’s theme. For additional information about this coin and others issued by the treasury of Niue, please visit the website of the New Zealand Mint.

Note: This item will be available to ship from Friday 16th August.